The skin of an animal is a complex organ which periodically undergoes renewal. The old dead layers of cells must come off to make room for the new layers of cells formed underneath. In people, tiny, almost invisible pieces of old dead skin come off with every bath. A person with a cast on a broken arm or leg cannot bathe the area under the cast and, as a result, finds a thick layer of dead skin built up when the cast is removed. Amphibians and reptiles shed layers of old, dead skin in large, visible pieces, some molting the entire old skin in one piece. This process is called ecdysis. Ecdysis is natural for the renewal of skin but is not necessary to allow growth, as it is in arthropods and crustaceans. Occasionally problems develop during the process of shedding. This page will discuss normal shedding as well as symptoms of abnormal shedding and its treatment.
Snakes

Snakes normally shed their skin in one piece. This may occur from 4 to 12 times a year, with young, rapidly growing snakes shedding more frequently. Snakes lack eyelids, and instead have a clear scale called the spectacle to cover and protect the eye. During ecdysis the dead outer layer of the spectacle is shed. The lining of the heat-sensitive pits on the face of certain boas, pythons, and pit vipers, and the outer layer of the spurs on boas and pythons are also shed at the same time as the skin. The dead layer of skin from the points of the forked tongue is shed periodically at other times than the rest of the skin. These tongue sloughs are the length of one fork of the tongue, pointed on one end and flat on the other, and appear somewhat worm-like. They are usually found in the water bowl but may be seen elsewhere in the cage.

As a snake approaches ecdysis, the skin pattern becomes dull and dark. A milky appearance is seen on the belly scutes of some species and the spectacles become milky white, obscuring vision. A snake in this condition is said to be “opaque,” “pre-shed, or pre-ecdysis.” During this time the old layer of skin is fragile and tears easily, but the new skin underneath isn’t mature yet. To avoid damage and possible scarring, handling should be avoided and care should be taken to be gentle if handling becomes necessary. Opaque snakes normally become inactive and hide, are quite irritable, and refuse to eat. A snake typically remains opaque for about 4 to 7 days after which the eyes become clear and actual shedding takes place 4 to 7 days after that. Snakes shed by rubbing their nose and face against objects in the cage. As the skin comes loose it peels back over the head and neck, turning inside Out as the snake crawls out of it. The skin normally comes off in one piece. Placing a rock, brick, branch, or log in the cage may assist the snake by giving it something rough against which it can rub, but most snakes in plain cages seem to have no trouble shedding their skin.
If the skin fails to come off in one piece the condition is called dysecdysis. A snake with dysecdysis should be soaked in shallow lukewarm water for 30 to 60 minutes, and then all the remaining dead skin should be manually removed. Snakes can drown when confined in a container with deep water, so exercise caution. An alternative to soaking is to confine the affected snake overnight in a thoroughly wetted cloth bag.

All shed skins should be inspected to make sure the spectacles came off with the rest of the skin. Retained spectacles should be removed by gentle rubbing with a cotton swab after soaking or bagging as above. Inexperienced people should never try to remove the spectacles with forceps since sometimes the entire spectacle, rather than just the dead layer is inadvertently removed. This causes corneal exposure and can cause blindness. Sometimes the last half inch of skin on the tail tip fails to come off. If left on, it will shrink as it dries, cutting off the blood supply to the tail tip which then dries up and falls off. This piece of skin should also be gently removed after soaking.

Shedding problems are more frequent in the winter when dry heat is used and there is a lack of humidity. Humidity can be measured with an inexpensive hygrometer and a humidity of 50 to 60% is recommended. A “humidity box” should be placed in the cage of snakes in dry conditions or those with a history of shedding problems, Use a plastic food storage, shoe, or sweater box of appropriate size for the snake. Cut an entry hole in the lid of the box and fill it with damp but not wet sphagnum moss from a plant nursery. If the moss drips when it is wrung out it is too wet. Additional water may have to be added to the moss as evaporation occurs. The snake will use the box as a hiding place.

Lizards
Most lizards shed their skin in pieces. As one area sheds other areas may not be ready to shed. Thus peeling off dead layers of skin, which may expose and damage new skin that isn’t ready yet, should be avoided. The skin on the tips of the toes sometimes fails to shed at the same time as the rest of the foot. As the skin dries it shrinks and may cause the loss of the toe tip. This skin should be gently removed after soaking the lizard in shallow lukewarm water for 30 to 60 minutes. If skin is left on the tail tip extreme caution must be used in removing it because the tails of many lizard species fall completely off even with gentle handling. Some lizards eat their shed skins. If the skin is left on the toes or tail tip, a lack of humidity may be the problem. The humidity may be increased with a humidity box (see above) or by misting the cage periodically.

Turtles
Turtles periodically shed the skin of their head, neck, and legs. Small pieces of dead skin flake off from these areas. If excessive skin flaking is noted in aquatic species, the water temperature, and cleanliness should be checked (See Aquatic Turtles: Care in Captivity for more information), and a water conditioner such as Novaqua should be used. If the new skin is red and sore under the dead skin, an infection or nutritional problem may be present and veterinary attention is required. Aquatic turtles may also shed the dead outer layer of each scute of the shell. Under the varying conditions of captivity (nutrition, temperature, ultraviolet light, water quality) this may occur at irregular intervals but should be considered a normal condition.

Amphibians
Amphibians shed their skin either in pieces or whole. Some species eat their shed skins. Usually the skin pieces are just found in the cage, but some frogs undergo elaborate gyrations to remove the old skin and a keeper may mistake this normal behavior for some type of convulsion. Excessively flaky skin may represent a skin infection or parasite. Also, some amphibians may have difficulty shedding. In both of these situations, consult a veterinarian.

Published by the Chicago Herpetological Society, a non-profit organization incorporated under thelaws of the state of Illinois. The goals of the society are education, conservation, and the advancement of herpetology. Inquiries regarding membership should be directed to: Membership Secretary, Chicago Herpetological Society, 2001 North Clark Street, Chicago, Illinois 60614.

Copyright 1989 by the Chicago Herpetological Society.

The Center for Bird and Exotic Animal Medicine 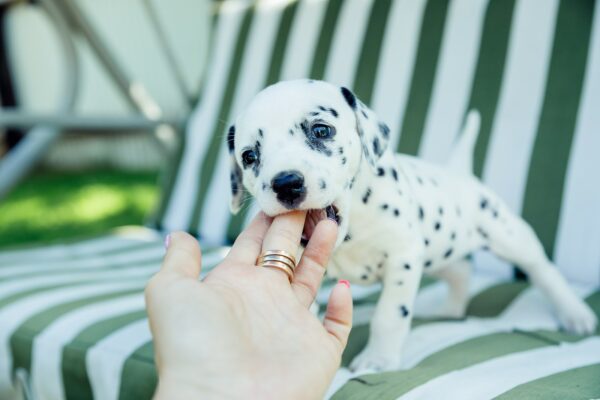 Choosing the Right Pet for Your Family

Why Rescue Dogs are the Best

Choosing the Right Pet for Your Family

Why Rescue Dogs are the Best